Hiring managers often ask us about this as they want to know what to include on their job description, although a job title can mean a multitude of things, we decided to dig deeper into this widely asked question to provide some answers.

To the untrained eye there’s no difference between the two titles. However, within the technology industry and development community there are some differences. The confusion seems to lie in a few key areas; when the title is used, who writes the code, who builds the software, whether there really is a clear difference between developer and engineer, and ultimately does it even matter?

What is a software developer?

Developers tend to be more creatively minded applying patterns and practices learned through self-discovery, on the job, reading books and blogs, or courses focused on specific aspects of the development life-cycle without the fundamentals of scientific method and engineering principles. 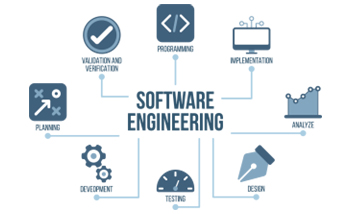 What is a software engineer?

They have a fundamental grounding through education in engineering principles, and through the application of engineering concepts they create solutions.

How do the roles of software developers and software engineers compare?

This completely depends on the organisation and the people involved. Discussion on Reddit suggests that even those working in these roles often have a preference for whether they are referred to as a developer or engineer, and this may differ to their employer’s definition.

One user said: “My acceptance letter said, “Software Developer”, but one day, I decided to change my job title on our website to “Engineer”. That was like 2 years ago and nobody has noticed and/or cared.”

Does salary differ between job titles? 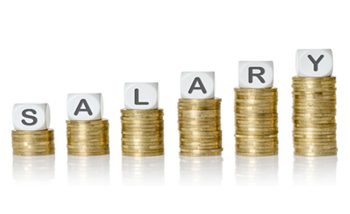 However, in our experience there is very little difference. Salaries will depend on the employer, the skills they need, how desperately they are needed, and the level of experience required for the role. Talented candidates will be able to command a higher salary, whether they refer to themselves as an engineer or developer.

To some there is a perceived difference between software developers and software engineers, but to most it’s easy to use developer and engineer interchangeably. Both roles refer to writing software for clients or organisations, they both have the same knowledge and skills in IT and algorithms, and must work towards the same goal of meeting client needs.

If you’re hiring software developers or software engineers, we would always recommend going through a candidate’s CV in detail, looking to see if their technology and work experience matches your requirements, as many candidates may refer to themselves a developer whereas in fact their actually doing what you consider to be an engineering position.

What do you think the differences are between software developers and software engineers? Let us know your thoughts on our LinkedIn page.

< advice / Software developer vs software engineer; what’s the difference?
Find your next hire
We use cookies on our website to give you the most relevant experience by remembering your preferences and repeat visits. By clicking “Accept All”, you consent to the use of ALL the cookies. However, you may visit "Cookie Settings" to provide a controlled consent.
Cookie SettingsAccept All
Manage consent